Message to Teachers and Guidance Counselors 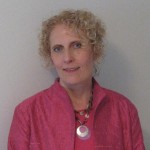 When bullying became a nationwide cause of concern, I was approached by a number of schools requesting that I give talks to their student bodies on the subject.

I did so, but soon began to question the helpfulness of these traditional talks. Although the need to educate students on bullying was warranted, I felt the lecture format was ineffective. I estimated that half the students remained attentive throughout my presentations, while the others listened for awhile and then shut down and tuned me out.

After considerable thought, I realized that children need the opportunity figure things out for themselves, rather than be told what to do by some well-meaning adult. That’s when I devised my plan for focused, small-group discussions that would allow children to engage in creative problem-solving while mastering developmental skills.

Parents want their children to be kind and well-liked. But it’s also important that they are able to stick up for themselves. Mad feelings save us from those who wish to harm or take advantage of us. Children who are not permitted to be mad are being set up to become victims. But children need help learning how to verbally express their mad feelings in an appropriate way.

Bullies are often triggered by mad feelings, but the real problem is that they are stuck at the toddler stage of development. Toddlers love to torment their mothers and take pleasure in hurting others – biting, hitting, kicking. A knowing mother helps her toddler master this by saying things like, “Ouch! That hurts. Have you forgotten your loving feelings for me? I want you to be a kind person.” Eventually, the wish to hurt is outweighed by a child’s loving feelings for his or her mother. They may have mean thoughts when angered, but rather than acting on them, they learn to express them constructively.

Bullies, who have not been helped to grow up through this process, continue to gain pleasure from torturing others and making others feel small – especially if there is an audience available to watch the process.

Most of my child and adult patients through the years have eventually made clear they had never been helped to manage their mad feelings. Often, when angered, they become mean.

Mastery of mad feelings is a developmental process that always involves the use of words for feelings, and it leads to self-esteem.

The lessons in this curriculum begin with “use your words” (appropriate for preschoolers) and extend through “mad not mean” for those who have developed a conscience (generally around 5).

During each lesson, we will take important steps toward mastering of the concepts being discussed.

Following each section there is a post-test to assure that the children understand the concept presented. If they don’t, more individual help can be provided, either at school or at home. In addition, I encourage empathy – helping the child to put him- or herself into other people’s shoes; it’s an essential skill for building friendships.

Remember, mastery requires much practice. Usually, new material must be presented to children at least three times for them to integrate it. That is why the children are repeatedly reminded about past lessons. It is also important that you, as educators, continue to work with your children in the weeks after the program is finished. Watch for examples of the presented content in everyday life, in books, on the Internet and in the media. Bring them to your class’s attention and inquire about the children’s thoughts.