Emotional Intelligence: What it is / Why it matters 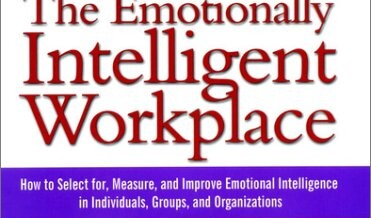 … The flight from New York to Detroit was delayed two hours in departing, and the tension among the passengers— almost entirely businessmen—was palpable. As they finally arrived at Detroit, a mysterious glitch with the boarding ramp made the plane stop some one hundred feet from the gate. Frantic about arriving late, people on the plane leapt to their feet anyway.
One of the flight attendants went to the intercom. How could she most effectively get all the passengers to comply with federal regulations requiring they all be seated before the plane could finish taxiing to the gate?
She did not announce in a stern voice, “Federal regulations require that you be seated before we can move to the gate.”
Instead, she warbled in a singsong tone, suggestive of a playful warning to an adorable small child who has done something naughty but forgivable, “You’re staaanding!”
At that, everyone laughed and sat back down until the plane had finished taxiing to the gate. And given the circumstances, the passengers got off the plane in a surprisingly good mood (Goleman, 1998b).
The flight attendant’s adept intervention speaks to the great divide in human abilities that lies between the mind and heart, or more technically, between cognition and emotion. Some abilities are purely cognitive, like IQ or technical expertise. Other abilities integrate thought and feeling and fall within the domain of emotional intelligence, a term that highlights the crucial role of emotion in their performance.
All emotional intelligence abilities involve some degree of skill in the affective domain, along with skill in whatever cognitive elements are also at play in each ability. This stands in sharp contrast to purely cognitive aspects of intelligence, which, to a large degree, computers can be programmed to execute about as well as a person can: on that Sunday flight a digitized voice could have announced, “Federal regulations require that
all passengers be seated before we proceed to the gate.” But although the basic content of the digitized and “live” messages might have been the same, lacking the flight attendant’s sense of timing, artful wit, and affect, the computerized version would have fallen flat … She was able to hit exactly the right emotional note—something cognitive capabilities alone are insufficient for, because by definition they lack the human flair for feelings…