Prize-winning novelist Austin Ratner, M.D., will be at Appletree Books in Cleveland Heights for a reception and book signing from 6:30-7:30 p.m. on Friday, March 8. His appearance will include remarks on his new book, The Psychoanalyst’s Aversion to Proof.

The event is presented by Appletree Books, the Cleveland Psychoanalytic Center and Hanna Perkins Center. 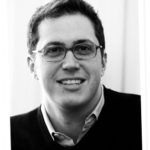 Described as “a call-to- arms to Freudians everywhere,” the book offers “a fresh diagnosis of the major problem confronting psychoanalysis today… By showing how and why Freudians have avoided proving their theories, The Psychoanalyst’s Aversion to Proof charts a new future of growth and engagement in which psychoanalysis fulfills its promise: to rescue humanity from its own irrationality.”

According to Mark Solms, science director of the American Psychoanalytic Association, the book “could help determine the future direction of American psychiatry and mental science.”Wine and cheese will be served.

Ratner grew up in Cleveland and attended Hanna Perkins School. He is author of the novels In the Land of the Living and The Jump Artist, winner of the Sami Rohr Prize for Jewish Literature, and the non-fiction book The Psychoanalyst’s Aversion to Proof. His non-fiction has appeared in The New York Times Magazine and The Wall Street Journal and his short fiction has been honored with the Missouri Review Editors’ Prize. He attended the University of Iowa Writers’ Workshop. Before turning his focus to writing he received his M.D. from the Johns Hopkins School of Medicine and he is co-author of the textbook Concepts in Medical Physiology. He now lives in Brooklyn, New York with his wife and two sons.

Appletree Books is located at 12419 Cedar Road in Cleveland Heights, Ohio. Wine and cheese will be served.
Reservations are not required, but can by made by contacting the Cleveland Psychoanalytic Society at admin@psychoanalysiscleveland.org.