Taking time to learn from a student with autism

My student Sammy (not his real name) began looking up briefly from his desk in the classroom. At first these movements appeared to serve the purpose of relieving neck strain or perhaps eye strain from looking down at his table work. But I soon realized that he was catching quick looks at the clock on the wall.

I pointed to the clock and asked him, “Clock?” which prompted a longer gaze at the classroom fixture. I asked again, “Do you see the clock?” He replied “Yes” and then went back to his work.

While he worked, I fetched our teaching clock from the classroom cupboard and brought it to Sammy’s desk. It was a large clock with visible gears, and hands that move in relation with each other. He began experimenting with the clock, then handing it to me and asking me to make it display certain times. “Nine o’clock?” “Twelve o’clock?” “Five o’clock?” He became more and more intrigued with the idea that I could make it show any time he wanted, so I handed the controls over to him.

After a short time, Sammy looked up, asking “Math? Math?” I assumed he was ready to move on to the addition work we had been doing, but I was wrong. He got up from his chair and sought out a specific set of 12 blocks, featuring animals of sequential heights. A tiny ladybug is shown on the block labeled as 1, a tall giraffe is on the block labeled as 12, and other animals are shown in their relative heights on each of the blocks in between. We have used these blocks in the past to work on sequencing numbers, heights and lengths, but that is not what Sammy had in mind.

He began placing the blocks on the table in a manner that looked like a clock face, but he got discouraged after the sixth block. “Circle? Circle?” He put paper and a marker on the table in front of me and asked again, “Circle?”

I understood where this was going; I drew a large circle and handed it to Sammy with the marker. He wrote each of the clock-face numbers around the circle and then positioned the twelve animal blocks accordingly.

As he did this, Sammy sang and hummed quietly to himself. So I took the activity in a different direction by singing 12 consecutive tones of a major scale while bouncing my finger up the gradated blocks. He followed my lead and we played this way for several minutes.

Sammy then jumped up from his seat, saying “Ruler? Ruler?” He found the ruler and bounced his finger up and down the 12 inches, singing tones of a major scale. Watching this, I challenged myself to come up with a related activity to introduce the next day. I decided to bring in a calendar so we could connect the 12 inches with the 12 months of the year. The experience made me realize that several things in our lives come in sets of 12, or dozens, such as eggs, roses, and doughnuts.

Other than the fact that Sammy was born in 2012, his mother and I are not certain what significance the number 12 has to Sammy. It remains a mystery, but by being patient, curious and genuinely fond of Sammy, I was able to experience an alternative perspective, and the two of us were able to enjoy learning together. 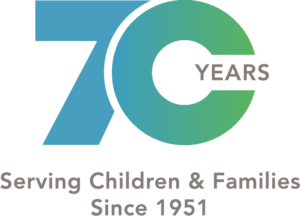